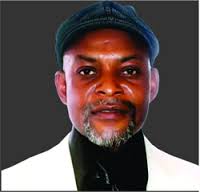 PRESTIGE OSSY CHINEDU EHIRIODO is a member of the Nigerian Federal House of Representatives representing Aba North/Aba South Federal Constituencies of Abia State, Nigeria under the platform of All Progressive Grand Alliance. He was born in the year 1965 and hails from the Agboji community of Abiriba in Ohafia Local Government Area of Abia State.

He obtained his West African School Certificate in 1983 from Mbutu Ngwa Secondary School, Abia State. After his secondary school, Prestige attended Abia State University, Uturu Okigwe where he studied Government and Public Administration, and graduated in 1999 with a BSc. He also holds MBA in Shipping and Logistics which he acquired from Lloyds Maritime Academy London, United Kingdom, and an Honorary Doctorate Degree in Public Administration gotten from Commonwealth University in Belize, South America.

Before he became a Legislator,  Hon. Prestige Ossy has been a Customs Broker, Maritime Services Provider, Shipping Consultant and Importer of diverse Products. His business is so diversified that it transverses all sectors of Nigerian Economy making him a major Employer of labour.

He is the Chairman/Managing Director of Prestige Brokers Ltd.

He was elected into the Federal House of Representatives in the year 2015.