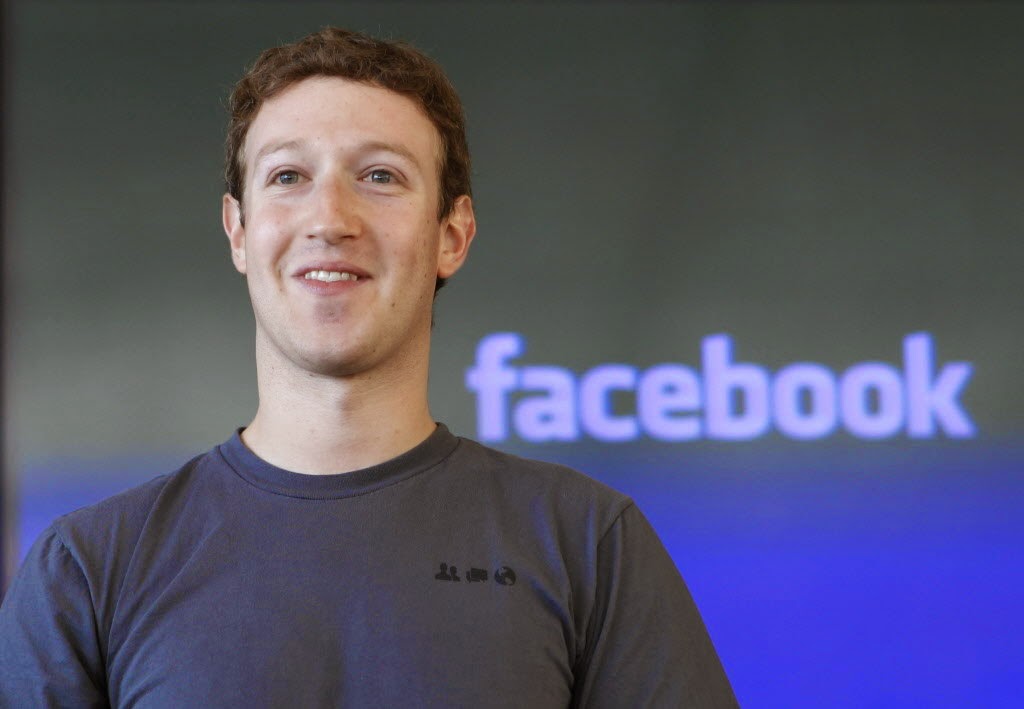 Mark Zuckerberg is co-founder and CEO of the social-networking website Facebook, as well as one of the world's youngest billionaires

Born on May 14, 1984, in White Plains, New York, Mark Zuckerberg co-founded the social-networking website Facebook out of his college dorm room. He left Harvard after his sophomore year to concentrate on the site, the user base of which has grown to more than 250 million people, making Zuckerberg a billionaire. The birth of Facebook was recently portrayed in the film The Social Network.

Mark Elliot Zuckerberg was born on May 14, 1984, in White Plains, New York, into a comfortable, well-educated family, and raised in the nearby village of Dobbs Ferry. His father, Edward Zuckerberg, ran a dental practice attached to the family's home. His mother, Karen, worked as a psychiatrist before the birth of the couple's four children—Mark, Randi, Donna and Arielle.

Zuckerberg developed an interest in computers at an early age; when he was about 12, he used Atari BASIC to create a messaging program he named "Zucknet." His father used the program in his dental office, so that the receptionist could inform him of a new patient without yelling across the room. The family also used Zucknet to communicate within the house. Together with his friends, he also created computer games just for fun. "I had a bunch of friends who were artists," he said. "They'd come over, draw stuff, and I'd build a game out of it."To keep up with Mark's burgeoning interest in computers, his parents hired private computer tutor David Newman to come to the house once a week and work with Mark. Newman later told reporters that it was hard to stay ahead of the prodigy, who began taking graduate courses at nearby Mercy College around this same time.

Zuckerberg later studied at Phillips Exeter Academy, an exclusive preparatory school in New Hampshire. There he showed talent in fencing, becoming the captain of the school's team. He also excelled in literature, earning a diploma in classics. Yet Zuckerberg remained fascinated by computers, and continued to work on developing new programs. While still in high school, he created an early version of the music software Pandora, which he called Synapse. Several companies—including AOL and Microsoft—expressed an interest in buying the software, and hiring the teenager before graduation. He declined the offers.

After graduating from Exeter in 2002, Zuckerberg enrolled at Harvard University. By his sophomore year at the ivy league institution, he had developed a reputation as the go-to software developer on campus. It was at that time that he built a program called CourseMatch, which helped students choose their classes based on the course selections of other users. He also invented Facemash, which compared the pictures of two students on campus and allowed users to vote on which one was more attractive. The program became wildly popular, but was later shut down by the school administration after it was deemed inappropriate. Based on the buzz of his previous projects, three of his fellow students—Divya Narendra, and twins Cameron and Tyler Winklevoss—sought him out to work on an idea for a social networking site they called Harvard Connection. This site was designed to use information from Harvard's student networks in order to create a dating site for the Harvard elite. Zuckerberg agreed to help with the project, but soon dropped out to work on his own social networking site with friends Dustin Moskovitz, Chris Hughes and Eduardo Saverin.

Zuckerberg and his friends created a site that allowed users to create their own profiles, upload photos, and communicate with other users. The group ran the site—first called The Facebook—out of a dorm room at Harvard until June 2004. After his sophomore year, Zuckerberg dropped out of college to devote himself to Facebook full time, moving the company to Palo Alto, California. By the end of 2004, Facebook had 1 million users

In 2005, Zuckerberg's enterprise received a huge boost from the venture capital firm Accel Partners. Accel invested $12.7 million into the network, which at the time was open only to ivy league students. Zuckerberg's company then granted access to other colleges, high school and international schools, pushing the site's membership to more than 5.5 million users by December 2005. The site then began attracting the interest of other companies, who wanted to advertize with the popular social hub. Not wanting to sell out, Zuckerberg turned down offers from companies such as Yahoo! and MTV Networks. Instead, he focused on expanding the site, opening up his project to outside developers and adding more features.

Zuckerberg seemed to be going nowhere but up, however in 2006, the business mogul faced his first big hurdle. The creators of Harvard Connection claimed that Zuckerberg stole their idea, and insisted the software developer needed to pay for their business losses. Zuckerberg maintained that the ideas were based on two very different types of social networks but, after lawyers searched Zuckerberg's records, incriminating Instant Messages revealed that Zuckerberg may have intentionally stolen the intellectual property of Harvard Connection and offered Facebook users' private information to his friends.

Zuckerberg later apologized for the incriminating messages, saying he regretted them. "If you're going to go on to build a service that is influential and that a lot of people rely on, then you need to be mature, right?" he said in an interview with The New Yorker. "I think I've grown and learned a lot."Although an initial settlement of $65 million was reached between the two parties, the legal dispute over the matter continued well into 2011, after Narendra and the Winklevosses claimed they were misled in regards to the value of their stock.

Zuckerberg faced yet another personal challenge when the 2009 book The Accidental Billionaires, by writer Ben Mezrich, hit stores. Mezrich was heavily criticized for his re-telling of Zuckerberg's story, which used invented scenes, re-imagined dialogue and fictional characters. Regardless of how true-to-life the story was, Mezrich managed to sell the rights of the tale to screenwriter Aaron Sorkin, and the critically acclaimed film The Social Network received eight Academy Award nominations.

Zuckerberg objected strongly to the film's narrative, and later told a reporter at The New Yorker that many of the details in the film were inaccurate. For example, Zuckerberg has been dating longtime girlfriend Priscilla Chan, a Chinese-American medical student he met at Harvard, since 2003. He also said he never had interest in joining any of the final clubs. "It's interesting what stuff they focused on getting right; like, every single shirt and fleece that I had in that movie is actually a shirt or fleece that I own," Zuckerberg told a reporter at a start-up conference in 2010. "So there's all this stuff that they got wrong and a bunch of random details that they got right."Yet Zuckerberg and Facebook continued to succeed, in spite of the criticism. Time magazine named him Person of the Year in 2010, and Vanity Fair placed him at the top of their New Establishment list. Forbes also ranked Zuckerberg at No. 35—beating out Apple CEO Steve Jobs—on its "400" list, estimating his net worth to be $6.9 billion

Since amassing his sizeable fortune, Zuckerberg has used his millions to fund a variety of philanthropic causes. The most notable examples came in 2010. In September of that year, he donated $100 million to save the failing Newark Public Schools system in New Jersey. Then, in December 2010, Zuckerberg signed the "Giving Pledge", promising to donate at least 50 percent of his wealth to charity over the course of his lifetime. Other Giving Pledge members include Bill Gates, Warren Buffett and George Lucas. After his donation, Zuckerberg called on other young, wealthy entrepreneurs to follow suit. "With a generation of younger folks who have thrived on the success of their companies, there is a big opportunity for many of us to give back earlier in our lifetime and see the impact of our philanthropic efforts," he said.

Zuckerberg made two major life changes in May 2012. Facebook had its initial public offering, which raised $16 billion, making it the biggest internet IPO in history. How Zuckerberg's company will handle this influx of cash remains to be seen. But Zuckerberg may be looking at more acquisitions. He personally negotiated the company deal to buy Instragram the previous month.

After the initial success of the IPO, the Facebook stock price dropped somewhat in the early days of trading. But Zuckerberg is expected to weather any ups and downs in his company's market performance. He holds more than a quarter of its stock and retains 57 percent control of the voting shares.

On May 19, 2012—a day after the IPO—Zuckerberg wed his longtime girlfriend, Priscilla Chan. About 100 people gathered at the couple's Palo Alto, California home. The guests thought they were there to celebrate Chan's graduation from medical school, but instead they witnessed Zuckerberg and Chan exchange vows. In May 2013, Facebook made the Fortune 500 list for the first time—making Zuckerberg, at the age of 28, the youngest CEO on the list.
Email ThisBlogThis!Share to TwitterShare to FacebookShare to Pinterest
Newer Post Older Post Home