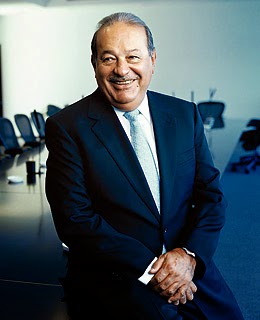 Billionaire Carlos Slim Helú purchased investments following the economic crash of 1982, which later made him one of the wealthiest people in the world.

Carlos Slim Helú, one of the wealthiest people in the world, was born on January 28, 1940, in Mexico City to a family of Lebanese Christian immigrants. He became a billionaire after the economic crash of 1982 when he purchased investments at low prices that would later be extremely valuable. In 2000, he founded the Foundation for the Historic Centre of Mexico City to restore and save significant buildings.
Email ThisBlogThis!Share to TwitterShare to FacebookShare to Pinterest
Newer Post Older Post Home