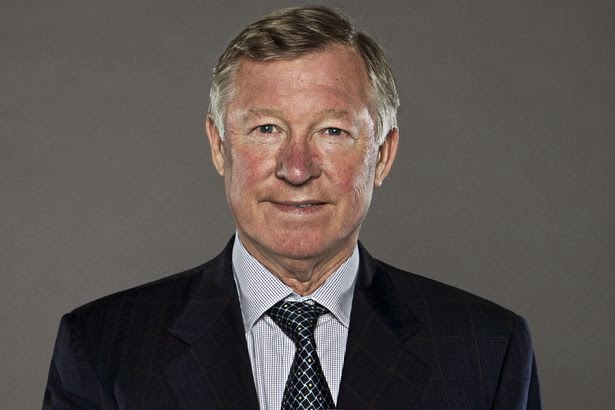 Alex Ferguson is a Scottish soccer player known for his highly successful, long-term management of the Manchester United league.

Alex Ferguson was born on December 31, 1941, in Glasgow, Scotland, and made a name for himself playing soccer for Dunfermline Athletic. He went on to manage Aberdeen FC to great success and was hired in 1986 to run Manchester United, leading the league to win a slew of high-profile championship titles.

Alexander Chapman Ferguson was born to parents Alexander Sr. and Elizabeth in Glasgow, Scotland, on December 31, 1941. Growing up in the working-class shipbuilding community of Govan, Ferguson was considered a bright boy but showed little interest in schoolwork. He preferred kicking a soccer ball with his younger brother, Martin, and friends through the alleyways between tenement homes, and with some assistance from Alex Sr., a former amateur player, he developed into a promising young talent.

Ferguson made his senior debut for the amateur Queens Park Rangers club as a 16-year-old in November 1958, scoring his team's lone goal. He moved to the St. Johnstone club in 1960, and although he displayed promising goal-scoring abilities as a striker, he struggled to earn regular minutes.

Ferguson turned professional after joining Dunfermline Athletic in the summer of 1964. Finally given extensive playing time, he tied for the Scottish First Division lead with 31 goals in 1965-'66 and finished as his team's top scorer in two other seasons with the Pars. He also showed the mind-set of a future manager, impressing teammates with his vast knowledge of opposing players and barking instructions throughout matches.

In 1967, Ferguson joined the Glasgow-based Rangers F.C. for a Scottish-record transfer fee of approximately $179,000 (65,000 pounds), but his homecoming ended badly. Blamed for a botched defensive assignment in the 1969 Scottish League final loss to Celtic F.C., Ferguson was forced to play with the junior side until he left the club that autumn. He spent the next four seasons with Falkirk, and then finished his playing career with Ayr United in 1973-'74.

The 32-year-old Ferguson began his managerial career at East Stirlingshire in 1974, making an immediate impact with his fiery, competitive nature. He moved to St. Mirren after a few months, and despite leading the Saints to the Scottish First Division championship in 1977, he was fired a year later for breach of contract.
It was with Aberdeen that Ferguson cemented his reputation as a top-flight manager. Breaking the Celtic-Rangers championship stranglehold, Ferguson led Aberdeen to three Scottish Premier League titles, four Scottish Cups, a League Cup, a Super Cup and a European Cup Winners' Cup over eight seasons.

Ferguson took over as boss of the renowned but underachieving Manchester United club in November 1986. His job was reportedly on the line after a particularly rough stretch early in the 1989-90 season, but the Reds recovered to win the FA Cup that year and a string of successes followed: the European Cup Winners' Cup in 1991, the League Cup in '92 and the elusive Premier League championship in '93.

Ferguson's crowning achievement came in the 1998-'99 season, when he became the first manager of a British side to win the treble: the Premier League championship, the FA Cup and the European Cup. It marked the start of a stretch in which United won three consecutive Premier League titles, and four in five years. In 2003, Ferguson received the Manager of the Decade award, presented by the FA Premier League to mark the first 10 years of the Premiership.

Ferguson again led his side to three straight Premier League titles from 2007-'09, along with European Cup and FIFA Club World Cup victories in 2008, and back-to-back League Cups in 2009-'10. In December 2010, he surpassed the 24-year-plus tenure of Sir Matt Busby to become the longest-serving manager in United's history. Fittingly, he ended the season with another milestone victory that gave United a record 19 Premier League championships.

Ferguson married his wife, Cathy Holding, in 1966. They have three sons: Mark, Darren and Jason. Darren played briefly for his father at Manchester United in the 1990s and later became a soccer manager himself.
A longtime supporter of the Labour Party, Ferguson also serves as a United Kingdom Ambassador for UNICEF. After leading Manchester United to its historic treble in 1999, he was awarded knighthood in the Queen's Birthday Honours List.
Email ThisBlogThis!Share to TwitterShare to FacebookShare to Pinterest
Newer Post Older Post Home