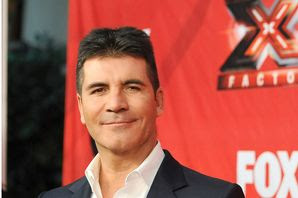 Simon Cowell is a record producer and television personality known for his scathing critical remarks as a judge on the television show, American Idol.

Simon Cowell was born on October 7, 1959, in London, England. Cowell started his career in the music industry working in the mailroom at EMI Music Publishing. He worked as a record producer, talent scout and consultant within the music industry before producing the hit British TV show Pop Idol and its U.S. counterpart, American Idol. Cowell's scathing comments were famous during his 10 seasons as a judge on American Idol. He started judging The X Factor in 2011.

Simon Phillip Cowell was born on October 7, 1959 in London, England. His father, Eric Philip Cowell, was an estate agent developer and music industry executive. His mother, Julie Brett, was a former ballet dancer and socialite.

Cowell attended school at Dover College, but dropped out at 16. He floated in and out of jobs, sabotaging several interviews for jobs set up by his father. He finally landed a job at his father's company as a mailroom clerk at EMI Music Publishing. He managed to earn a position as an assistant to an A&R executive at EMI in 1979, where he was promoted and given the job of talent scout. Cowell left EMI during the early 1980s to form E&S Music with his boss at EMI, Ellis Rich.

The company created several hits, but Cowell left by mutual agreement a few years later. In 1985, he and a partner formed the independent label Fanfare Records, which enjoyed short-lived success. The company folded in 1989. In financial straits, Cowell was forced to move back in with his family.

Undeterred, Cowell signed on as a consultant with BMG Records later that same year. He moved back into his own place, and gradually climbed the corporate ladder at BMG. He managed to sign a string of successful acts for the company, selling more than 150 million records and 70 top-charting singles in the UK and United States.

In 2001, Cowell teamed up with Simon Fuller to produce a show in which the public chooses Britain's next big music performance star. The show, Pop Idol, debuted in the UK and promised a BMG record deal to the winner. With Cowell as a judge notorious for reducing contestants to tears, the show was an instant success, drawing more than 10,000 would-be stars to audition for the show.

Cowell has become known for combining his music and television interests. He set up another company, SYCOtv, in 2002. The company created the television shows American Inventor, America's Got Talent and X-Factor. The group also produces records for many of the performers on Cowell's shows including albums for Leona Lewis and Il Divo.

In 2011, Cowell helped import his hit British series The X Factor to America. The show is a talent search that awards a $5 million recording contract to the winner. Cowell even gave up his judging duties on American Idol to sit front and center at The X Factor auditions. Television viewers loved this competition, which proved to be a success in the ratings. Cowell's fellow judges included legendary recording executive L.A. Reid, former American Idol judge and singer Paula Abdul, and singer Nicole Scherzinger of Pussycat Dolls fame.

The X Factor kicked off its second season in September 2012 with a few line-up changes. Pop star Britney Spears and actress-singer Demi Lovato joined the show as judges, replacing Abdul and Scherzinger. For the third season, the series made yet another change to the members of the judges panel, replacing Reid and Spears for Kelly Rowland and Paulina Rubio. Mario Lopez also stepped in as the primary host for the show after co-hosting with Khloe Kardashian during the second season.

In 2004, Entertainment Weekly named Simon Cowell as one of the Top Entertainers of the Year. In 2006, he renewed his contract with American Idol for five more seasons; the deal gave him a yearly salary of $40 million. That same year, he was named Variety's UK Personality of the Year.
In 2007, Cowell earned the No. 3 slot on the Forbes TV Faces List, and No. 21 on Forbes' Celebrity 100 Power List. He also created an American Idol spin-off, Idol Gives Back, a two-episode special that helped to provide aid to children in Africa and the American poor. The show raised $76 million for charity.

Since his time on American Idol, Cowell has been romantically linked to several women in public relationships. Rumors began to swirl after Cowell was seen flirting with his Idol co-host Paula Abdul that the two were an item. However, both celebrities confirmed that they were merely friends, despite their chemistry on camera.

In early 2010, Cowell announced that he was engaged to Idol makeup artist Mezghan Hussainy. The couple broke off their engagement in 2012, with Cowell saying, "We came to the conclusion that I'm a hopeless boyfriend." He also reportedly gave Hussainy a £5million mansion in Beverly Hills as a parting gift. In December of the same year, Cowell confirmed that he was dating actress and model Carmen Electra. The relationship only lasted a few months, with Cowell confirming that the two had separated in early 2013.

In 2009, Cowell revealed that he had no intention of having children, stating, "With kids, you've got a routine you can't escape from. You've got to be up at a certain time, got to listen, when all you want to do is sit in a corner thinking." His position on kids softened three years later during an interview with AOL in 2012, during which he stated "I do really, really like kids, because I can talk to them and listen to them. The problem has always been how much time you need to devote to bringing up kids. I've always dedicated all my life to work, and at 52, I've probably missed the opportunity."

Despite his views on parenthood, a source told US Weekly in July 2013 that Cowell was expecting his first child with Lauren Silverman, wife of his close friend Andrew Silverman. Although Andrew and Laura Silverman are technically still married, the source told Us Weekly that a divorce "has been in the works for a while." Cowell has yet to comment on his alleged part in the high profile pregnancy.