Abdulfatah Ahmed is the current Governor of Kwara state. He was born on 29 December 1963 in Share, Ifelodun Local Government Area of Kwara State.


He attended Government College Funtua, Katsina State from 1973–1978 and the school of Basic Studies of Kwara State College of Technology (now Kwara State Polytechnic), Ilorin from 1978–1980. 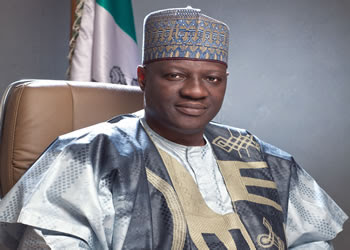 He earned a BSc in Chemistry from University of Ilorin in 1986 and a Master of Business Administration MBA, in 1992.

He was a lecturer in Organic Chemistry and later Acting Head of Department at Federal College of Arts and Science, Sokoto, in Sokoto State from 1986–1990.

He became an Assistant Manager at District Savings and Loans, Lagos (1991–1993).

In 1993, he started work with Guaranty Trust Bank in the Credit and Marketing Unit. In 1998, he moved to Societe Generale Bank Nigeria as a Senior Manager/Group Head, Consumer Banking. Later he became Public sector Group for the North West region.

During this period, He was also Treasurer of the forum of Commissioners of Finance in Nigeria for six years, and chairman, Budget Formulation Committee and Economic Team of Kwara State.

He was appointed a member of board of directors of the International Aviation College, Ilorin, Chairman of the Millennium Development Goals implementation committee and Chairman of Shonga Farms Holdings Ltd.

In April 2011, He contested and won election as the Governor of Kwara State under the platform of Peoples’ Democratic Party. And was re-elected second term in office in 2015 under the Platform of the All Progressive Congress (APC),
Email ThisBlogThis!Share to TwitterShare to FacebookShare to Pinterest
Newer Post Older Post Home