Emmanuel Paulker is a serving Nigeria senator, representing Bayelsa Central constituency, he obtained his WASC in 1973, from Bishop Dimeari Grammar School. A graduate of  Biochemistry from the University of Port Harcourt in 1983.

A teacher by profession, he was appointed Bayelsa State Commissioner of Lands and Housing 1999-2001.

After taking his seat in the Senate in June 2007, he was appointed to committees on Industry, Finance and Downstream Petroleum.

He sponsored motions to scrap FERMA and create a Federal Highway Authority instead, and to stop universities from conducting post-JAMB examinations.

Paulker was among a group of ten Senators who got into trouble in May 2009 over a trip to Ghana where they were said to have been lavishly entertained by oil company executives.

He sought to contest the 2015 Bayelsa state gunbernatorial elections but was disqualified under controversial circumstances. He was disqualified from the governorship race because some members of the opposition All Progressives Congress (APC) attended his thanksgiving service.

was elected Senator for the Bayelsa Central constituency of Bayelsa State, Nigeria, taking office on 29 May 2007. He is a member of the People's Democratic Party (PDP).


Ben Murray-Bruce, is a serving Senator, representing Bayelsa east constituency, he was born on February 18, 1956 to Mr Mullighen and Mrs. Margaret Murray-Bruce of the Ijaw ethnic group of Nigeria, a native of Akassa, Bayelsa State, Nigeria. He attended Our Lady of Apostles primary school, Yaba, Lagos. and obtained his West African School Certificate (WAEC) at St Gregory’s College, Obalende. Ben Murray-Bruce. He graduated from University of South Carolina, and as awarded a bachelor's degree in Marketing in the year 1979.

A businessman, politician and founder of the Silverbird Group. A member of the People's Democratic Party.

In 1983, he was the one who promoted the Miss Universe Nigeria Pageant, Miss Intercontinental Pageant 1986-1994 and to date.

He is the current promoter of the annual Most Beautiful Girl in Nigeria Pageant which he started in the year 1986. He served as a Member of the Board of the Nigerian National Arts Theater, Federal Films Censors Board, Nigerian Film Corporation, National Film Distribution Company and Anti- Piracy Action Committee of Nigeria.

He was the Director General of Nigerian Television Authority between the years 1999 and 2003.

His passion for show business led him and his wife to established the  defunct Silverbird Magazine in the year 1980 with a loan given to him by his father.

He single-handedly revolutionized the cinema business in Nigeria, he started the Silverbird Productions with a very little, today, Ben Bruce has built a business empire that is running into several billions of Naira and has provided employments for so many Nigerian youths.

It was on his platform that the winner of Miss World was discovered in the person of Agbani Darego.

He is the chairman of the Silverbird, a group that has one of the best TV stations in Nigeria known the Silverbird Television. It has a branch in Los Angeles known there as the ‘MAGIC MORNING’.

He joined politics in the year 2011, he contested for the position of governor in his state Bayelsa, was screened out of the gubernatorial race under the umbrella of the People's Democratic Party.

He later contested and won election in March 2015, as a Senator representing Bayelsa East Senatorial District at the National Assembly under the umbrella of the People's Democratic Party.

He has several awards and recognitions which includes the under listed:

She claimed she obtained her controversial  Bachelors and Masters Degree in Accounting and Business Administration respectively in the United States.

She was a staff of NNPC from 1983 to 1992, she left the NNPC to establish the Sea Petroleum & Gas Company Limited (SPG), an independent marketer of petroleum products in Nigeria.. 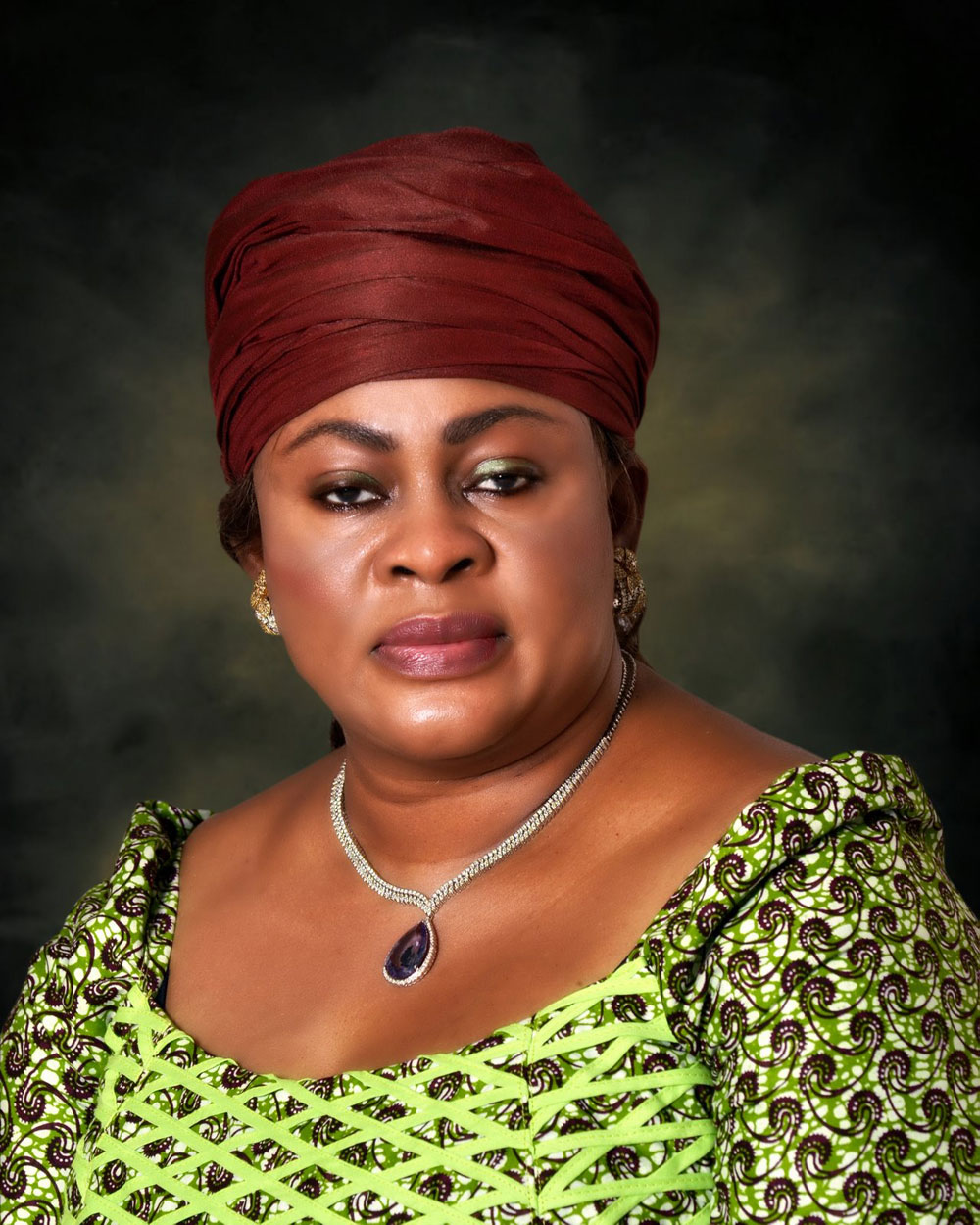 There were  allegations that she purportedly lied that she obtained an MBA degree from St Paul's College. However, the News website, SaharaReporters, had on Jan 6th 2014 quoted authorities at St. Paul’s College, where Ms. Oduah claimed she studied for bachelor's and master's degrees, as saying they did not award her an MBA at anytime as the university does not even have a graduate school.

She contested for the senatorial seat of Anambra North constituency in the 2015 election under the Peoples Democratic Party (PDP), and pulled a total 143 478 to defeat her main rival, Chief Dubem Obaze of All Progressive Grand Alliance (APGA) who got 70 900.

She was married to the former Minister for Works, Engr. Chris Ogiemwonyi and has children

Emmanuel Nnamdi Ubais a serving senator, representing Anambra South constituency, he was born on 14 December 1958 in Enugu,EnuguState, Nigeria,  a native of Uga, in the Aguata LGA of Anambra State.
He attended the Boys High School Awkunanaw, Enugu State. Bachelor's degree in Geology from Concordia University in Montreal, Canada, He studied at California State University and then Buxton University, gaining a PhD in Biosciences in 1996. He worked for the Golden State Mutual Insurance of California (1985–1992).

He was appointed Special Assistant on Special Duties and Domestic Affairs to President Olusegun Obasanjo.

In a September 2003 visit by Obasanjo to the United States, Uba was described as the President's right-hand man, and also the gatekeeper for people who wished to talk to the President.

In 2007 he competed successfully in the PDP primaries for the Anambra State governorship election, and was elected in the 14 April 2007 elections.However, the former governor Peter Obi challenged the election, The courts on 14 June 2007 nullified Andy Uba's election.

In the February 2010 He ran for the office of the Anambra state governor on the platform of Labour party, but only, came out third.

He returned to the PDP and was nominated as PDP candidate for Anambra South Senatorial district in the April 2011 elections and won with 63,316 votes, ahead of Chukwmaeze Nzeribe of the All Progressives Grand Alliance (APGA) and the incumbent senator Ikechukwu Obiorah of the Accord party'

The election was challenged by Senator Obiora, the Accord candidate, who claimed that Uba had forged his West African School Certificate (WASC) and had not obtained any of the university degrees that he claimed.

She is a graduate of Business Education/Accounting from the University of Calabar. She went ahead to obtain a masters degree in Business Administration from Nnamdi Azikiwe University, Awka, Anambra State. She also has a Honorary Doctorate degree in Public Administration.

Hon. Mrs. Uche Lilian Ekwunife is a current serving senator in Nigeria, representing Anambra Central. She was born eleven months after the Nigerian civil war which ended officially on Jan. 12, 1970. She hails from Nri in Anaocha Local government Area of Anambra State.
Before going into politics, Hon. Uche Ekwunife had distinguished herself in the banking industry. As a banker she showed her prowess in money management and brought her administrative acumen to bear on the banks she worked in, including Royal Merchant Bank, Equitorial Trust Bank and the then Standard Trust Bank where she rose to the position of an Area Manager.

She is a resilient and ambitious Banker turned Politician, a two term member of the House of Representatives.

In her second term in office she was the Deputy Chairman, House Committee on Public Accounts, House of Representatives, where she represented Anaocha/Njikoka/Dunukofia Federal Constituency, Anambra State.

In 2010, she contested in the Anambra State Gubernatorial elections under the platform of the Peoples Progressive alliance(PPA)but lost. She again sought for the seat in 2014 under All Progressive Grand Alliance (APGA) and unfortunately lost.

In 2015 however, under the Peoples Democratic Party she contested for and won a seat in the senatorial election to represent Anambra Central Senatorial Zone.

Hon. Uche Ekwunife’s acts of philanthropy remains unparalleled as her charity cuts across youths, widows and the underprivileged.

She is married to Chief Larry Ekwunife, and they are is blessed with children.
Email ThisBlogThis!Share to TwitterShare to FacebookShare to Pinterest
Newer Posts Older Posts Home
Subscribe to: Posts (Atom)