Abdul'aziz Abubakar Yari is the current Governor of Zamfara state, he was born on 1st January 1969. He is a Nigerian politician who was elected Governor of Zamfara State, Nigeria in the 26 April 2011 national elections, running on the All Nigeria Peoples Party (ANPP) platform. Following the merger of the ANPP and several other opposition parties into the now-governing All Progressives Congress, Mr. Yari became a member of the All Progressives Congress. 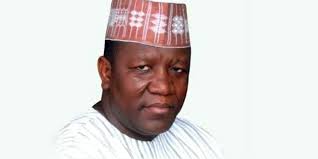 He has been politically active since 1999. He was elected to represent Talata Mafara/Anka Federal Constituency in the House of Representatives.

He was Zamfara State chairman of the ANPP, and a member of the cabinet of former Governor Ahmad Sani Yerima. During Sani's tenure, Yari was thought to have gained money from contracts.

In November 2007, Yari was among Zamfara state officials charged with money laundering by the Economic and Financial Crimes Commission EFCC.

When Zamfara State Governor Mahmud Shinkafi defected to the PDP in January 2009, taking the ANPP’s state executive committee with him, the ANPP’s National Headquarters in Abuja was forced to create a Caretaker Committee headed by Yari. The committee's tenure was repeatedly extended.

He was elected Governor of Zamfara State, Nigeria in the 26 April 2011 national elections, running on the All Nigeria Peoples Party (ANPP) platform. Yari is the son-in-law of incumbent Governor Mahmud Aliyu Shinkafi of the People's Democratic Party (PDP), whom he defeated in the election by 514,962 votes to Shinkafi's 460,656 votes.
Email ThisBlogThis!Share to TwitterShare to FacebookShare to Pinterest
Newer Post Older Post Home