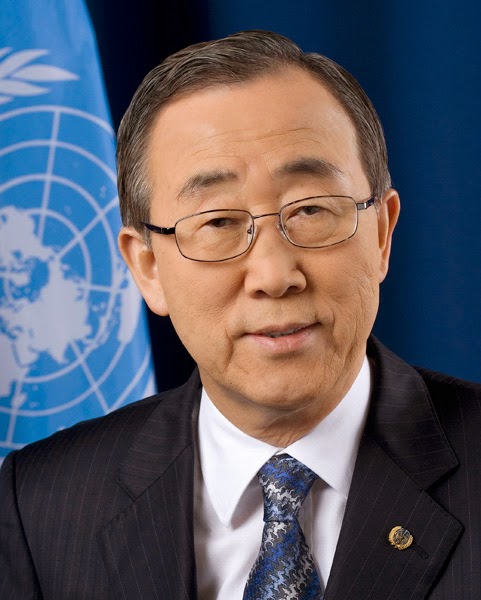 South Korean Ban Ki-moon was elected secretary-general of the United Nations in 2006.

Ban Ki-moon was born June 13, 1944 in Eumseong County, South Korea. At age 18, he won a trip to the White House to meet President John F. Kennedy. Inspired by this visit, Ban followed a career in government, primarily in foreign relations. He held positions within the South Korean cabinet and at the United Nations. Ban was elected secretary-general of the UN in 2006, succeeding Kofi Annan
Email ThisBlogThis!Share to TwitterShare to FacebookShare to Pinterest
Newer Post Older Post Home