He lost his father at age 8 and was sponsored throughout his schooling days by an uncle in Kaduna, and as a result grew up in the influential Northern state.

He went to secondary school in the prestigious Barewa College, where he graduated at the top of the class, winning the coveted "Barewa Old Boys' Association Academic Achievement" Trophy in 1976. 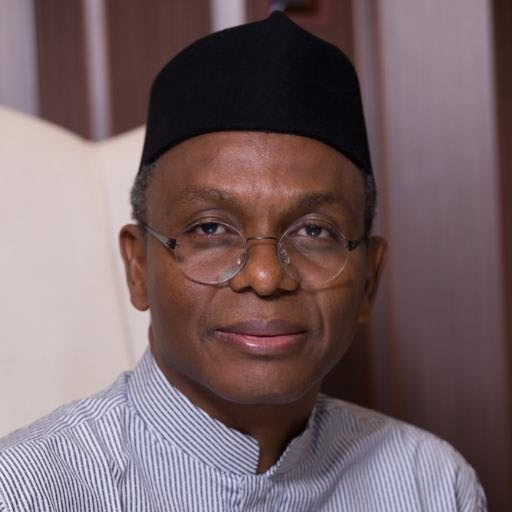 He also attended post-graduate programs at Harvard Business School and Georgetown University. And has also completed an LL.B degree from the University of London, graduating in August 2008 with Second Class Honors, Upper Division, and a Master's Degree in Public Administration from the John F. Kennedy School of Government, Harvard University in June 2009.

He established a Quantity Surveying and Project Management Consulting firm in 1982 with three other partners.

He was the Director General of the Bureau of Public Enterprises and the Secretary of the National Council of Privatization where he spearheaded the privatisation of many government owned companies alongside the controversial former Vice-President from November 1999 to July 2003.

He is a known crusader against corruption, having previously successfully exposed two senators that demanded bribes from him to ease his ministerial confirmation.

He presided over a real estate boom backed by the radical transformation of infrastructure and land use practices of the federal capital earlier riddled with corruption and vast deviation from the original master plan.

With the establishment of the Abuja Geographic Information System within 12 months of being Minister of the FCT, Abuja became the first municipality in Nigeria with a computerised land register and information system.

Along with the President and members of the Economic Management Team, he led the reform of the Nigerian public service which had become dysfunctional during years of military dictatorship.

At various times during his tenure as Minister, he oversaw the Federal Ministries of Commerce (twice) and Interior.

He also chaired several high-profile cabinet committees that led to the establishment of a mortgage system in Nigeria, National ID card system for Nigeria, Electric Power Supply Improvement and the sale of Federal Government real estate in Abuja.
The administration of the President, Umaru Yar'adua appointed him to the National Energy Council in September 2007, due to the belief that he could contribute positively to the under-achieving power sector of the country.
He eventually resigned the appointment in June 2008, and on 30 April and 7 May 2008, El-Rufai appeared before the Nigerian's Senate Committee on Federal Capital Territory to explain some exposed and corrupt actions of his administration.
Nasir Ahmed El-Rufai is presently the Executive Governor of  Kaduna State. He took the oath of office on 29 May 2015.
Email ThisBlogThis!Share to TwitterShare to FacebookShare to Pinterest
Newer Post Older Post Home